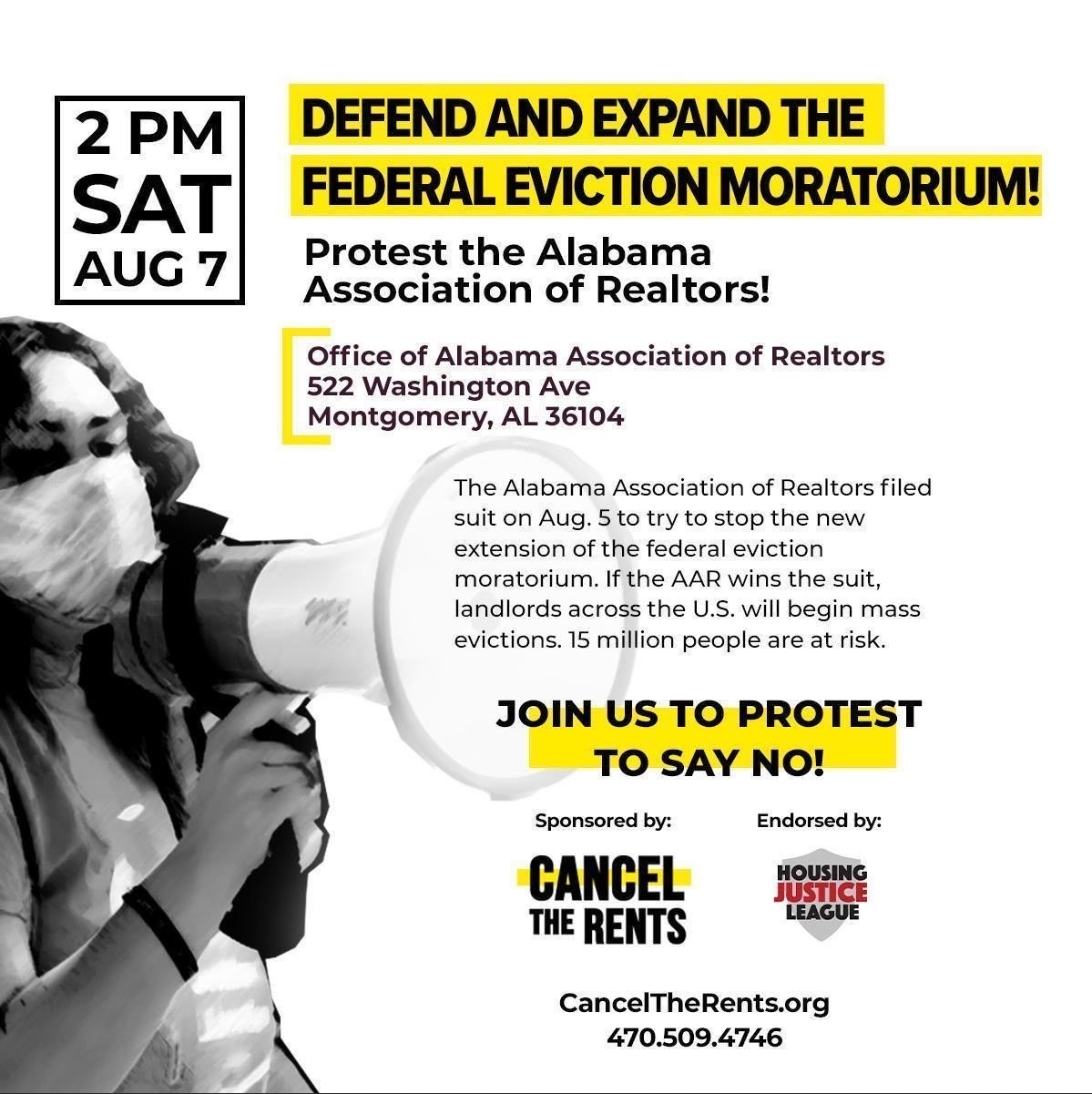 A national housing rights campaign, Cancel the Rents, will hold a protest rally to defend the federal eviction moratorium that was extended by the Biden administration on Wednesday. The Alabama Association of Realtors is the site of the protest because the AAR filed suit in federal court to try to overturn the moratorium. Over 15 million people are threatened with losing their homes from evictions or foreclosures.

Cancel the Rents is a nationwide movement that was initiated at the start of the 2020 pandemic to demand that the U.S. government cancel the rents and mortgages, and stop all evictions and foreclosures. Over the past year, it has organized several national days of actions in coordination with 50+ cities—including monthly car caravan protests.

Cancel the Rents organizer Estevan Hernandez said, “The Biden administration established a new moratorium under pressure from the millions of people who supported Cori Bush’s sit-in protest at the Capitol. The new moratorium is a victory but needs to be expanded to include the cancellation of rents and mortgages—including accumulated debt. The right to survive is more important than the protection of ‘private property’”.

“Real estate developers and large landlords are poised to reap profits through mass evictions, and millions risk being tossed in the street permanently. The two-month extension buys us some time. We will not sit by and allow this. We will mobilize others to fight back.

“All the housing and tenants rights organizations are working nationwide to build a movement to win housing justice!”