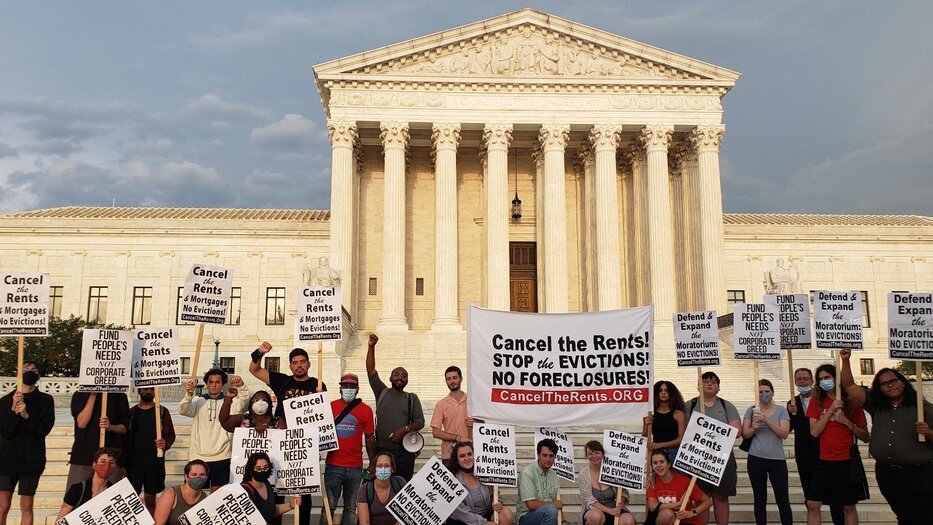 With less than 24 hours notice, Cancel the Rents called for emergency protest rallies that were held in 20+ cities across the United States August 27 in response to the decision by the Supreme Court to overturn the federal eviction moratorium. This outrageous ruling threatens to put 11 million people out onto the streets in the midst of a deadly resurgence of the pandemic.

These actions showed that the fight is not over, and demanded that Congress take immediate action to legislate an indefinite eviction moratorium that would cover 100% of the country. Such an act of Congress would be shielded from a legal challenge.

The Supreme Court ruling was issued in a particularly cowardly way. Using the “shadow docket” process, the court declined to even hold a full hearing on the matter and issued an expedited decision that was announced late at night. Clearly, the Supreme Court and the wealthy elite they represent are afraid of massive backlash from the people.

We will continue this struggle. 11 million evictions in the middle of a pandemic is a catastrophe that cannot be allowed to come to pass. Congress must return from their vacation to take emergency action against evictions now. And to ultimately resolve the housing crisis they must cancel the rents and mortgages by wiping clean all debt accumulated over the course of the pandemic.